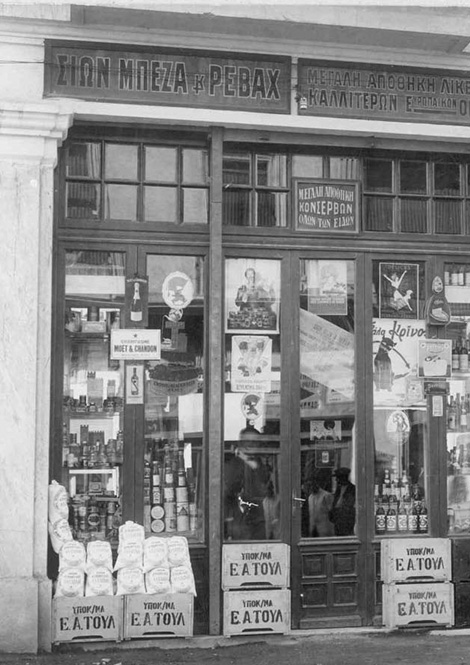 The story of AMVYX S.A. dates back to 1917 when Albert Revah, along with two other partners, set up a small trading/importing company in Thessaloniki, the then trade capital of Greece. They imported and traded various foodstuffs spirits and wines from across Europe. They also distributed well known Greek food and drink brands of that time, as Northern Greece representatives. 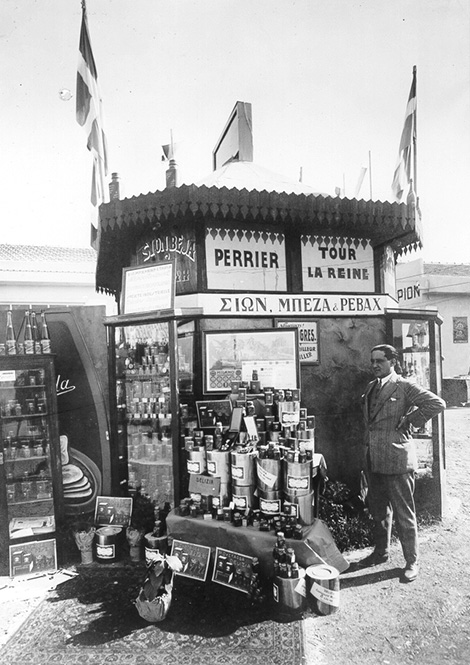 The company opened its first store in Thessaloniki and grew rapidly. In 1925, the then still small company participated in the International Trade Fair of Thessaloniki for the first time. It had already started representing some renowned products in Greece, such as Campari, Moet & Chandon champagne, Perrier, etc. 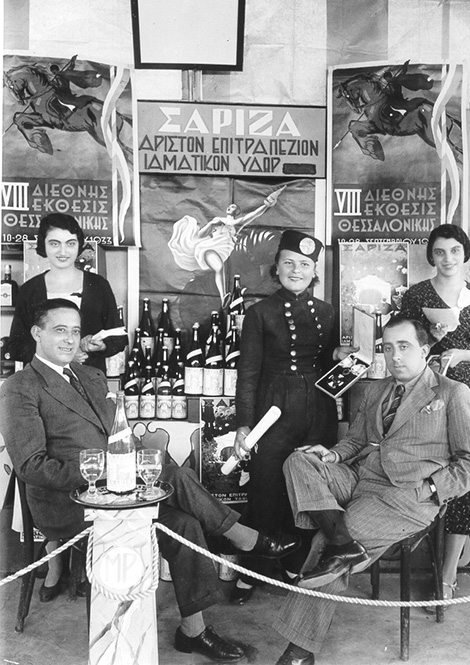 Over time, the company starts to represent and distribute even more brands in Greece. It continues to grow, as do its stands in the ITFT. The two partners posing at their stand in the 1935 ITFT with the promotional girls of the time! 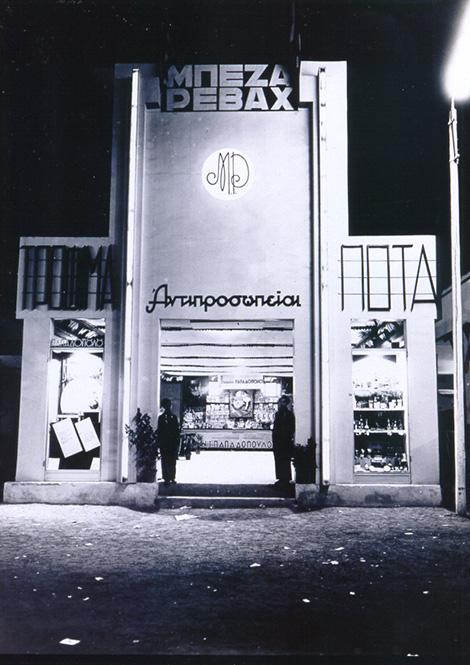 By 1939, the company had already been established as one of the most important in its field nation-wide, and that year it occupies an entire building in the 14th ITFT! In the corporate brochure of that year one could find numerous interesting brands that remain successful even today, such as Moet & Chandon champagne, Campari, Cointreau and Benedictine, as well as Papadopoulos biscuits, SARIZA mineral water, etc. 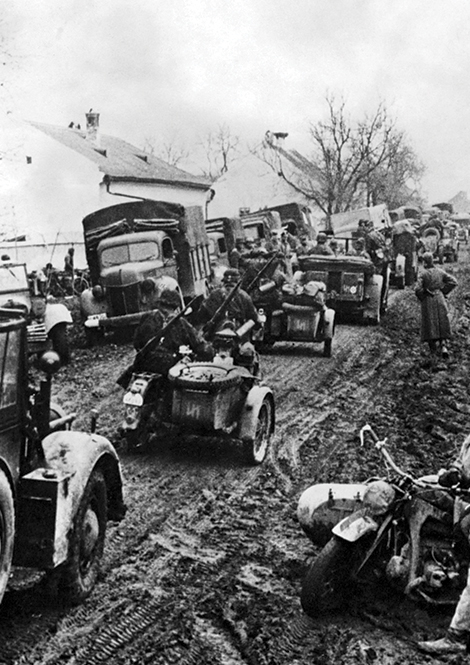 World War II and the German Occupation abruptly ceased any business activity of the Jewish population in Thessaloniki. Almost the entire Jewish community was exterminated and the company shut down. Albert Revah lost not only his partner but also nearly his entire family in the concentration camps. This is the darkest times for Greek Jews.

In 1946, the end of the war finds Albert Revah in Athens, where he works to re-establish his company, on his own this time. He would never return to Thessaloniki, either personally or professionally, as the memories of his lost family were too vivid. He contacts the various companies with which he had collaborated before the war, and, gradually, he regains many of his old contracts. 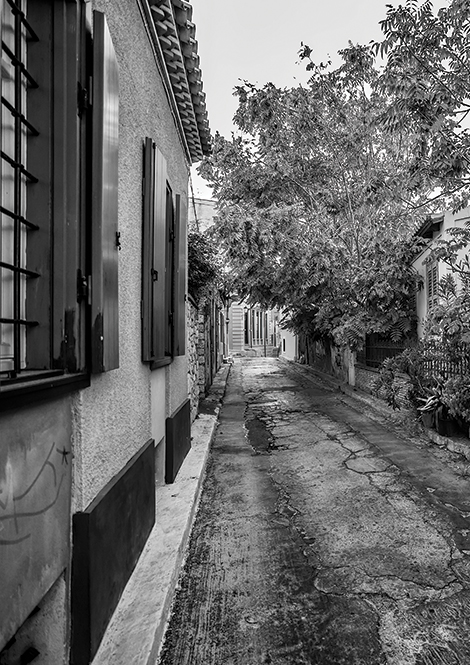 THE FIRST YEARS WERE TOUGH

Yet, his distress from his great loss caused him to contract diabetes, a very serious illness at the time. In the beginning of the 1960’s, and in the following years, his deteriorating health prevents him from focusing on his business. As his business was 100% personally run, many of his foreign partners abandoned him for other local distributors and the business dwindled. 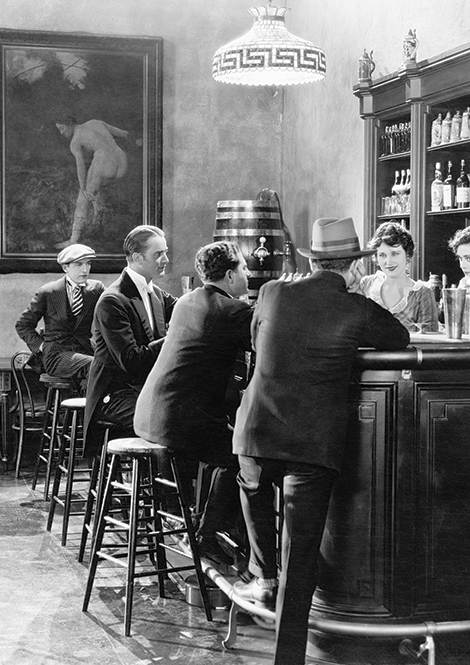 In 1967, Albert Revah lost his long-standing battle with his disease. After his death, his only son, Isidore Revah, inherits the business at the age of 21. Isidore, recognizing that his young age would prevent him from building new partnerships, asks his cousin Moses Nahmias – 50 years old at the time, and a successful merchant in another field – to do partner up with him. Together they decide that the company would focus only on the Wines & Spirits market, and give up distribution of foodstuff brands. 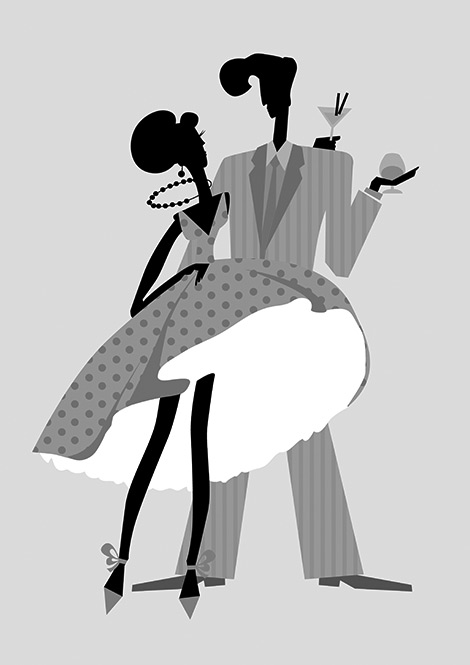 Time goes by and the company starts to import more and more brands into the Greek market. Thus, in 1976, the company entered a new era, was renamed as “AMVYX” and took the legal form of a “societe anonyme” (SA). The company name comes from the ancient Greek word “amvyx” meaning “pot still. This can be seen on the company’s logo till today. 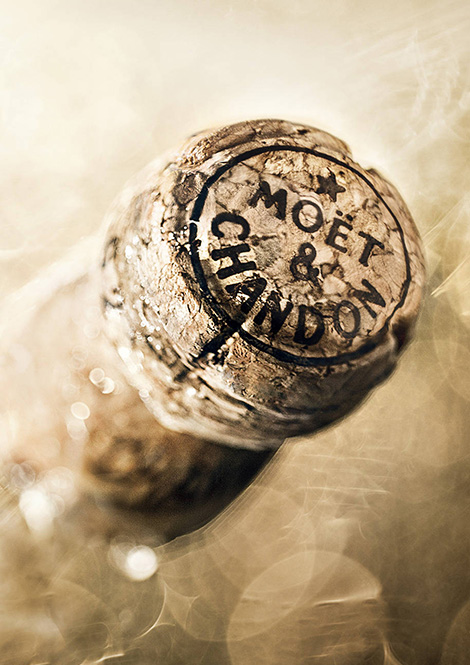 In 1977, Amvyx extended its collaboration with Moet – Hennessy, to include in its portfolio Hennessy, the top cognac globally, adding it to the Moet & Chandon and Dom Perignon champagnes which it was distributing from this company. 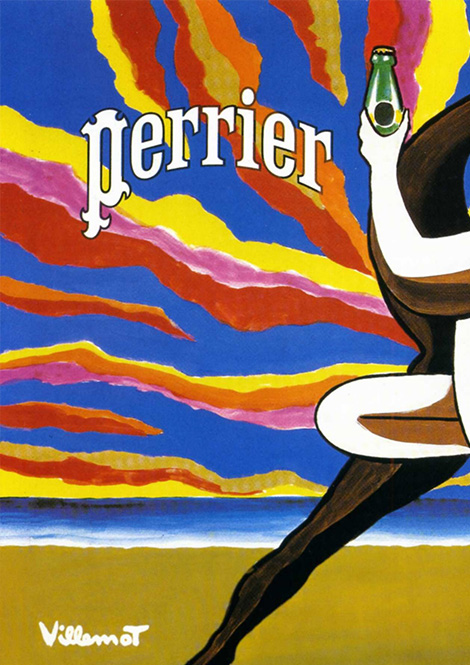 1984 was a very significant year for the company, as it started distributing Perrier in the Greek market. In the following years, the brand became renowned in Greece and by 1999, when the product left the company portfolio, Perrier had become the clear leader in the sparkling mineral water segment in Greece. 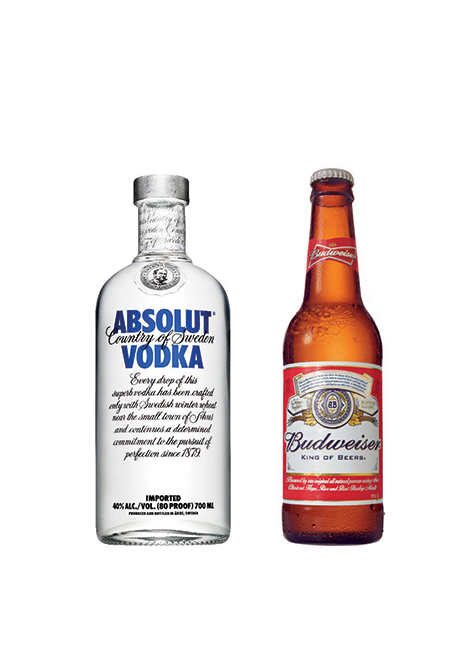 In 1989, for the first time in Greece, Amvyx launched two new products: Absolut Vodka and Bud Beer. Absolut became the key growth lever of the company for the next ten years; Bud (globally known as Budweiser), the top selling beer brand in the world, was destined to become a key “weapon” for the company’s growth, as it gradually became the no. 1 selling Premium Imported Beer. 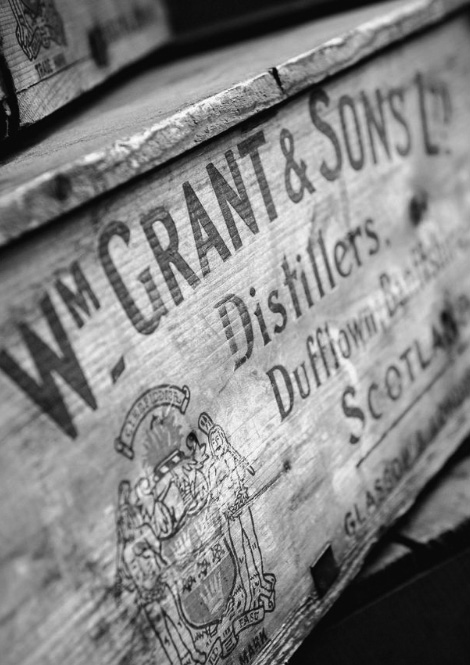 The year 1995 brought Amvyx a new major contract with Jim Beam Brands. 2 years later, in 1997, the company further enhanced its position in the Whisky market, through a new collaboration with William Grant & Sons, the most prominent independent family distillers in the world! This new collaboration added the famous Grant’s and Glenfiddich brands to the Amvyx portfolio. 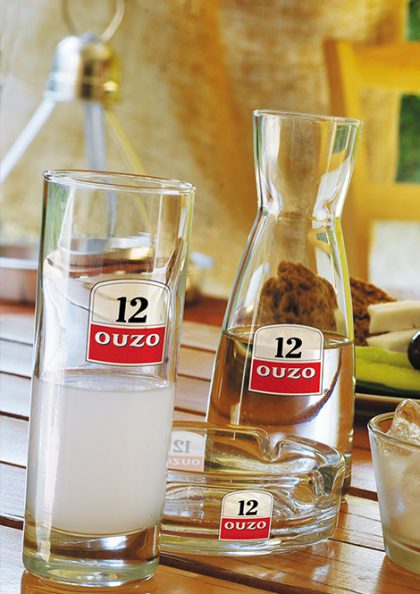 The year 1999 was another milestone. In collaboration with Campari International, a partner of Amvyx since 1917, Amvyx assumed the distribution of Ouzo 12 in the Greek market, after the acquisition of the brand from its previous multinational owner. For the first time, Amvyx entered the Greek Spirits market, through distributing the worlds no 1 Ouzo brand. 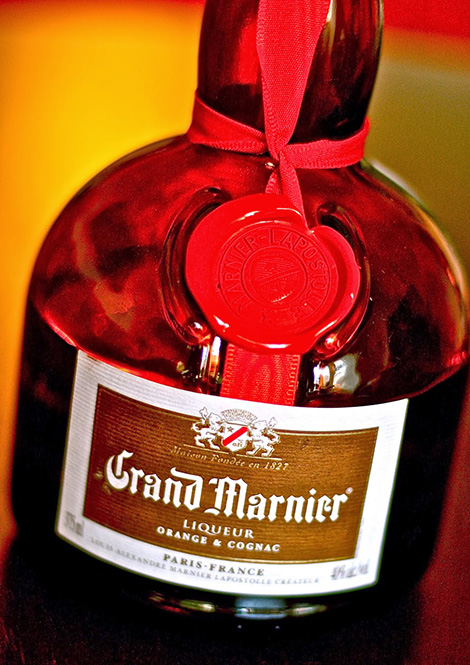 In 2004 another major collaboration was added to the company’s portfolio, the distribution contract with Marnier – Lapostolle, globally known for the popular Grand Marnier liqueurs. 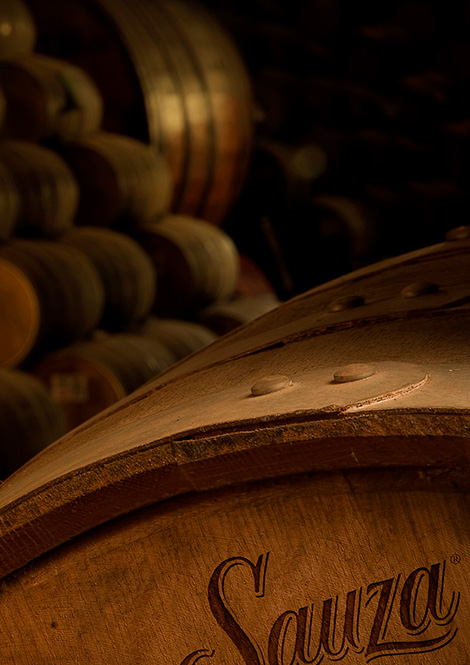 Finally, in 2005, Amvyx and Beam Global Spirits & Wines expanded their collaboration to include new brands that Beam acquired, after its parent company, Fortune Brands, acquired them from Pernod – Ricard, which took over Allied – Domecq. Thus, the portfolio of Amvyx was enriched with new world renowned brands, such as Sauza tequila and Teacher’s and Canadian Club whiskeys. 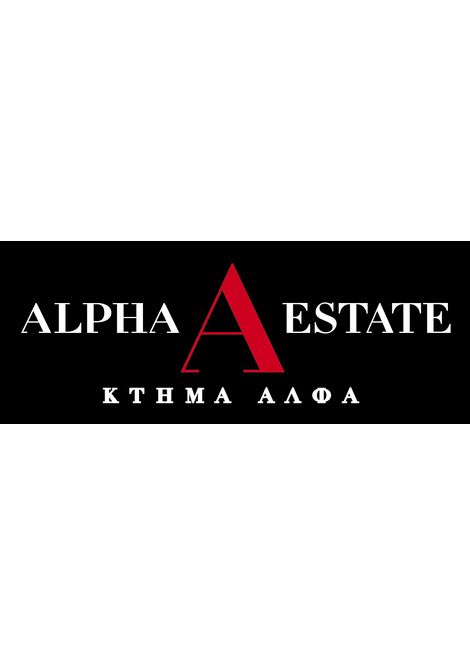 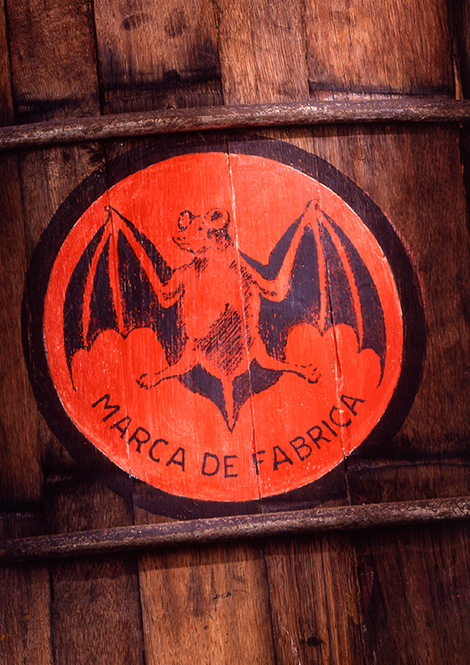 Amvyx, the oldest distributor of Spirits, Wines and Beers in Greece, announced that had reached an agreement with Bacardi, the world’s largest privately held spirits company,  handling the distribution, sales and marketing of its portfolio. 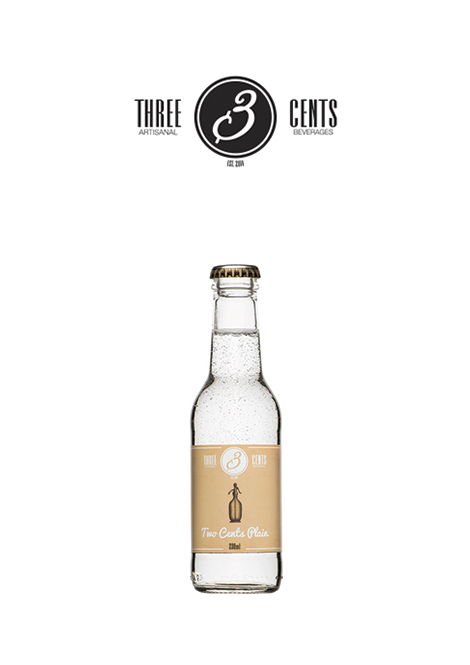 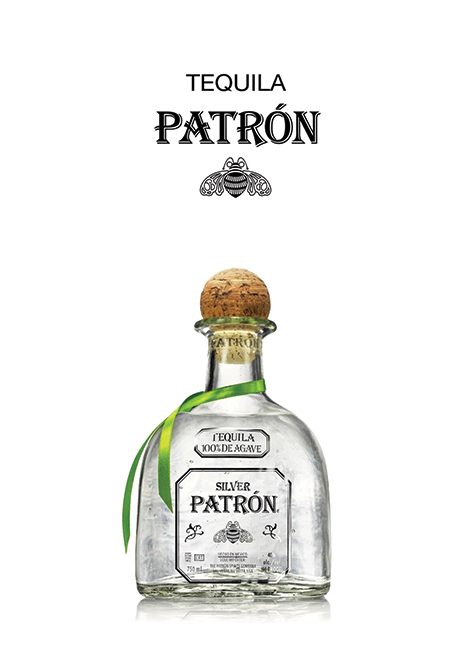 Company announces the exclusive distribution, trade  and marketing of the ultra-premium tequila, Patrón. 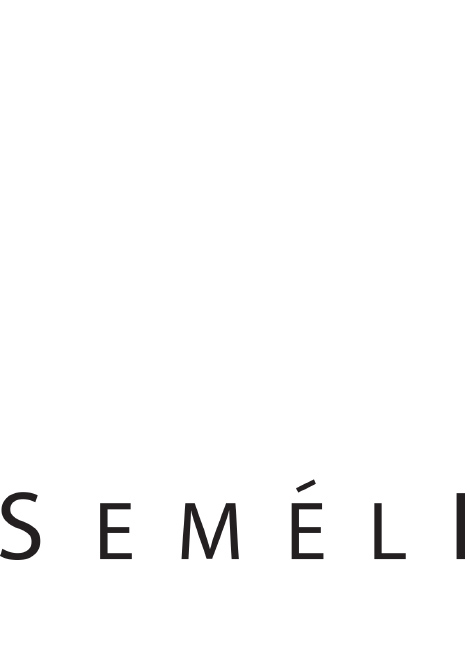 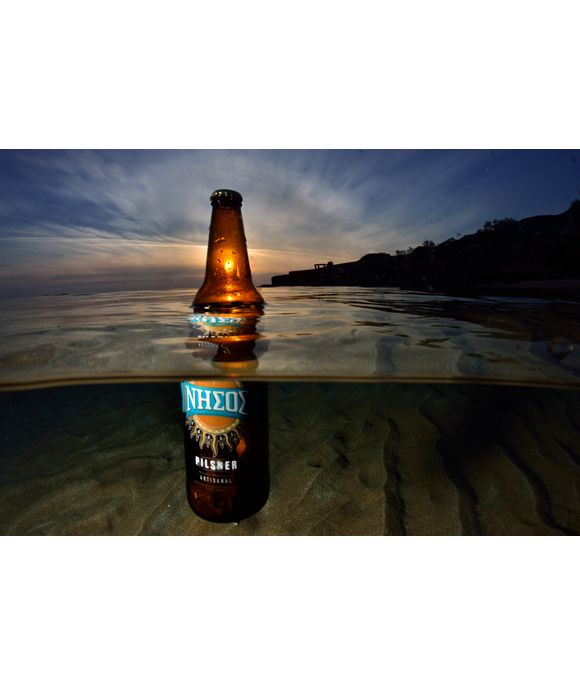 NISSOS is a delicious quality brew created by Alex Kouris and Maya Tsoklis in their Cyclades Microbrewery at Vagia, Tinos. 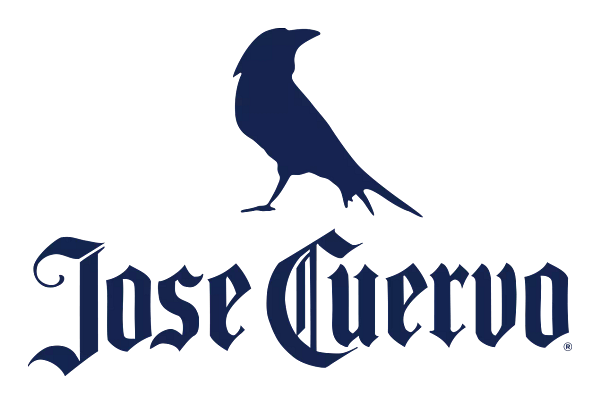 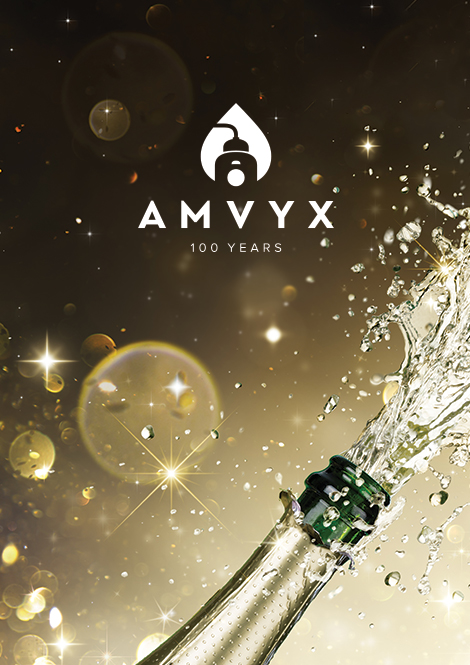 THE OLDEST IMPORTING AND DISTRIBUTING ALCOHOLIC BEVERAGES COMPANY IN GREECE

Amvyx believes that, given the circumstances, and the opportunities that lie ahead for Amvyx, the company will be best served by coupling our experience and business sense with the proven and tested management capabilities of someone like Yannis Artinos, whom we consider to be one of the top all-around managers in Greece, and beyond. By taking this step, we ensure that Amvyx and the brands it handles in the Greek market can take advantage of their full potential, and drive the company to be the leading distributor of spirits, wines and beers in Greece within the next five years.

Amvyx S.A, the largest and oldest distributor of spirits, wines and beer in Greece, is pleased to announce the beginning of its cooperation with Molson Coors Beverage Company as its exclusive partner in Greece for the distribution rights to Staropramen, Miller Genuine Draft, Blue Moon and Carling. With this move Amvyx continues the expansion of its beer portfolio, as well as, its highly successful course in the Greek market.

THE OLDEST IMPORTING AND DISTRIBUTING ALCOHOLIC BEVERAGES COMPANY IN GREECE

Amvyx believes that, given the circumstances, and the opportunities that lie ahead for Amvyx, the company will be best served by coupling our experience and business sense with the proven and tested management capabilities of someone like Yannis Artinos, whom we consider to be one of the top all-around managers in Greece, and beyond. By taking this step, we ensure that Amvyx and the brands it handles in the Greek market can take advantage of their full potential, and drive the company to be the leading distributor of spirits, wines and beers in Greece within the next five years.