Takis Mantis and Pavlos Kagialis –with their “VELOS Eurobank Private Bank Luxembourg” racing vessel– are the winners of the 54th International Andros Yacht Race “John V. Goulandris”. Rio’s Olympic bronze medalists and their crew prevailed in the second leg of the race –from the Chora of Andros to the Dysvato Straits– and won first place in the general race ranking, leaving “OPTIMUM 3 Samos Steamship” in second place, while “PETE” managed to occupy third place.
This year, Andros’ sailing event confirmed –once again– its reputation as… the race of unexpected twists. When the crews left the enchanting Chora, light winds were blowing and, as a result, the two 52-type racing vessels of the fleet found themselves ahead; after some time, however, the intensity of the winds increased, assisting the smaller vessels that were at the back. In Dysvato, “OPTIMUM 3 Samos Steamship” managed to finish first. In the general ranking (after time correction), however, “VELOS Eurobank Private Bank Luxembourg” gained the first place, followed by Doukas Palaiologos’ vessel “PETE”, enriched with some new crew members which included Olympian athlete Dimitrios Gerontaris. Third place was occupied by “PEGA Musto Goulandris Bross”, with Dimitris Alevizakis as the skipper. 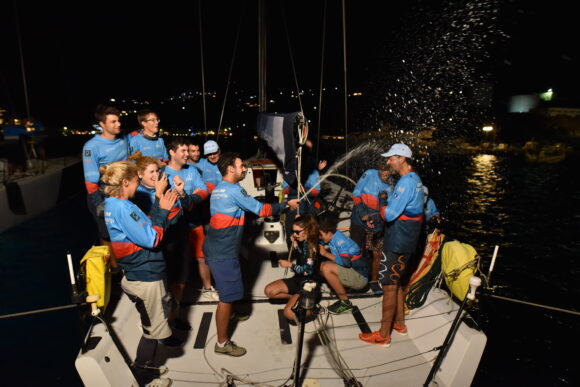 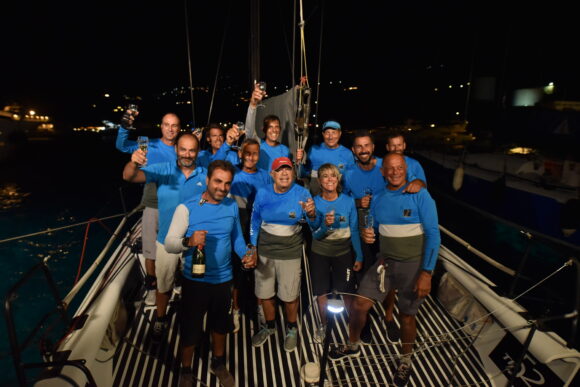 “The Andros race is challenging and beautiful. We were aware from the beginning that it was going to be interesting. We particularly enjoyed the second leg of the race because all the vessels –both large and small– were at close distance from each other so there was good competition. It was a great pleasure for us to run against two of the best racing teams in the country –“OPTIMUM 3 Samos Steamship” and “BULLET TOTAL”–the presence of which indicates the calibre of the organization. We would like to thank Eurobank Private Bank Luxembourg for supporting both the race and us personally”, said Takis Mantis and Pavlos Kagialis.
During the crews’ stay in Andros, the prize-giving ceremony for the first leg of the race took place at the marvelous Andros Yacht Club. With Moët & Chandon supplying their own festive tone as the event’s Official Champagne, yachtsmen had the opportunity to receive their prizes and talk about the exciting moments of the race, at a reception where all safety measures against COVID-19 were observed. 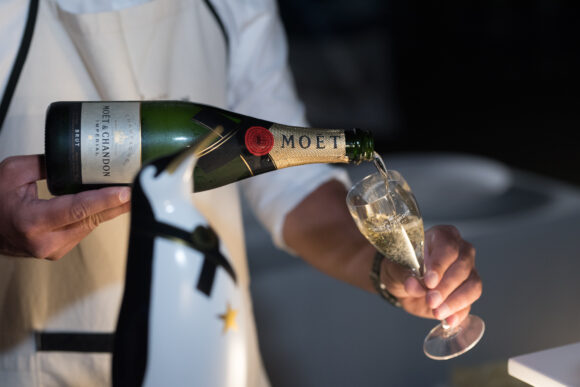 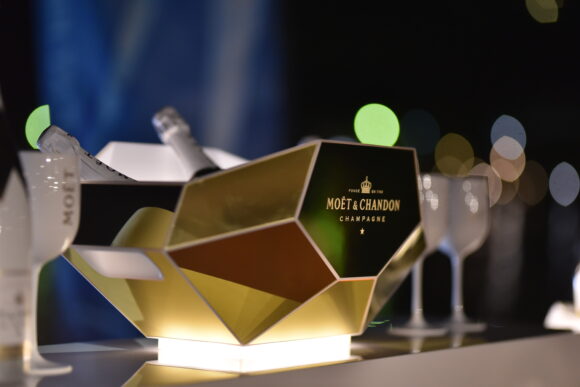 The International Andros Yacht Race is the second longest-running offshore sailing event in the country. It was founded by pioneer John V. Goulandris in 1967. Since then –and up until today– it has been one of the most favourite events among yachtsmen, both because of the challenges it presents during the course of the races and because of the hospitality it offers on the delightful Cycladic island. This year –unlike the previous ones– no cultural events took place because of the COVID-19 pandemic. The race was organized by the Andros Yacht Club and the Yacht Club of Greece, while part of the proceeds shall be donated to people affected by the wildfires. The event is scheduled to end tonight (30/8) with the Prize-Giving Ceremony taking place at the Yacht Club of Greece.
Eurobank Private Bank Luxembourg –the international member of the Eurobank Group which is based in Luxembourg and operates in London and Greece– is the Gold Sponsor which has been supporting the race through the years. It is worth noting that “VELOS” –the racing vessel of Olympic medalists Takis Mantis and Pavlos Kagialis– participated in the race carrying the colours of Eurobank Private Bank Luxembourg.
Moët & Chandon –empowering its history in the field of water sports– supported for yet another year the challenging and most refined International Andros Yacht Race because it is in the brand’s DNA to support excellence, success and first places but also –and especially– because for centuries –since 1743– it has been the champagne of winners, great moments and savoir-faire.

EVENTS
NEWS
NEW LAUNCHES
SHARE IT
with your friends